Getting The Issue Out In Front 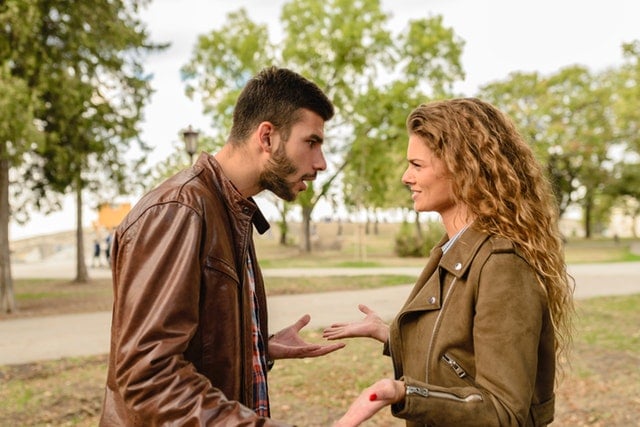 And so, the issue gets left there, continuing to fester between people. As a coach, I’ve had the opportunity to see the results of a seemingly simple, yet powerful exercise that involves placing the problem out in front, instead of between, the people in the relationship. Frankly, when I first heard about the exercise, it sounded rather silly and far too “scripted” to me, but I was willing to to give it a try.

First, we use a small object as a physical representation of the issue and then literally move it out from between the two people to a table out in front at some distance. The two people with the issue are then asked to move their chairs so that they are sitting side-by-side. From this more distant and shared perspective on the object, they are encouraged to work together to solve the issue.

Interesting. Think about the last time you had an argument with someone. What did it look like? Were each of you standing on either side of an issue and arguing your respective positions from your perspective? Imagine how things might be different if you instead defined the problem together and then sat side-by-side to examine the same problem. Isn’t it fascinating how often arguments between two people who are firmly entrenched in their respective “opposite” positions end up simply being about two people defining the same issue in different ways?

In a coaching session with a leadership team of three owners of a mid-sized company, I had the joy of witnessing two of the three wrestling with a very core and sensitive issue between them. They struggled to name the issue and then, boom… the third partner crisply and cleanly called it out. He named the thing in the middle of the table, and he was exactly right. It was “Respect”.  The relief in the room created by naming the issue was palpable.

Full problem-resolution didn’t come in that first discussion, but the burden was lightened, and since then the three have been able to move to a deeper discussion of ways to address the issue.  Simple, but oh so big!

So, next time you find yourself wrestling with something ambiguous between you and another person at work – or you are on a team that is struggling with something that is weighing them down – try moving the issue where it can be addressed more objectively; out in front.