Listening to be Heard 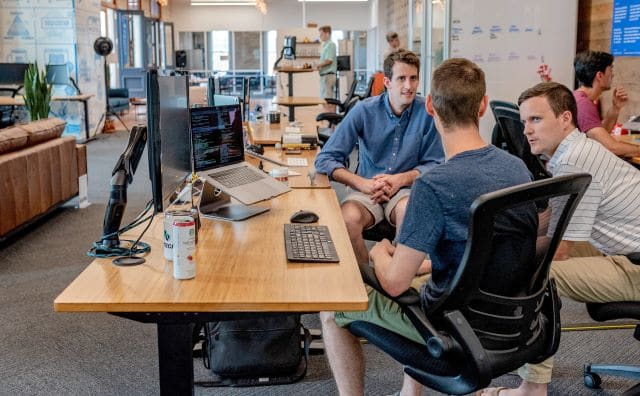 I am fascinated by ironies. In my work with executive coaching clients, I find that they frequently discover that their long-held beliefs about leadership directly contradict their actual experiences. Frankly, they would do better to flip many of these beliefs on their heads.

And so it is with being heard. It seems that it’s not the person with the loudest voice that is truly heard but, ironically, often the leader who demonstrates the most powerful listening.

Christopher* is a charismatic leader and an exceptional presenter. He has a particular gift for inspiring a room full of people at a Company-wide meeting. His speeches paint a vision of an exciting future for the company. His delivery is polished. His stories are engaging and spoken with a confidence that conveys his opinions as THE truth.

This gift helped Christopher to stand out as a leader early in his career. He was bold enough to express a viewpoint and had such a strong presence that he could command a room even when he was not the most senior person in it.

As Christopher progressed through levels of leadership; however, some direct reports and peers began to express concerns. They grew tired of the story-telling and wanted more interactive, reciprocal discussion. Frankly, they started to see Christopher as being so focused on what he had to say that they felt they weren’t being heard.

Christopher would describe his relationship with direct reports by saying, “We have great dialogue!” As his coach, I pointed out that in fact, he was having a great dialogue — with himself — albeit in front of an audience of direct reports. While his direct reports may have appeared to be hanging on his words, they were not fully internalizing the messages. There was no room for processing, questioning and drawing on their own reactions and ideas.

I call it speechifying.

I challenged Christopher, “How would it be to set aside the speech and simply listen, ask questions and explore ideas with one other?”

Over time, as Christopher has learned to incorporate powerful listening into his dialogue with others, he has found his relationships have strengthened and the ownership displayed by his staff has soared. Perhaps the most interesting outcome is that people in the organization are more eager to truly listen and to react to what he has to say, rather than simply applaud for his speeches.

Coaching Question #1: If giving speeches is a natural strength for you, how might you be using “speechifying” on occasions where true reciprocal dialogue would be a more connective means of communication?

Women are often coached to “speak up” to ensure they are heard. The traditional advice to women in a male-dominated sector is to assert themselves like the men and learn to communicate in a strong and powerful voice. My response is a resounding maybe!

For some women, gaining the conviction of their own ideas to assert them in a group –particularly a group of men — is a critical developmental step. There is also strong merit in training one’s voice, learning about the use of breath and knowing how to speak from the diaphragm instead of high-up in a constricted throat. This is all great advice from my voice coaching brethren.

At the same time, those of you who are disciples of strengths-based leadership will likely relate to an alternative strategy. What if the ticket for some women to be heard was to actually more deliberately leverage their innate listening skills? Rather than just focusing on giving voice to an opinion strongly asserted, what about:

These are the strengths that strong listeners can bring. And of course this applies equally to effective listeners of either gender.

Some of you can readily hear (and see) the dynamics in a room. When they see you as someone who listens so attentively that you can hear what’s NOT being said, others look forward to learning what you hear. They will relish your feedback and invite your insight.

Your listening strength is your ticket to be heard.

Coaching Question #2: If you are a strong listener, how can you leverage the power of your listening, add value to the group and ensure that your observations and insights will be heard?

When I work with leaders who are beginning a role in a new organization, I advise them that research consistently shows that the number one success strategy in the first 90 days is to “listen, observe and ask questions.” Riding in on a white charger with a pre-determined vision and strategy is great way to ensure that an organization will turn its back on a new leader.

A leader who is new to an organization has not yet earned the right to be heard — particularly to be heard about ways the company needs to profoundly change course or modify its vision. A receptive audience for this message (unless it’s a clear turnaround situation for a failing business) is nurtured through the leader providing evidence of intentional listening, observation and reflection before the new vision is formulated and conveyed.

To leave you with a final self-reflection thought, I encourage you to notice — both at work and at home — what happens to YOUR ability to fully listen when you don’t feel heard?